Actor, “Danny Noonan” in Caddyshack. “Fred” on Roseanne. And “John Redmond” on Homeland. Also in the shows Sneaky Pete and City On A Hill. And the movies Michael Clayton, The Great Santini, and The Pledge.

Actor, Comedian, Writer
Dr. Who, Two Doors Down, Only An Excuse?, Bob Servant, Upstart Crow, Back, and This Time with Alan Partridge.

Rapper
American Based Music artist with over 18M video views across all social media. The creative is down to earth and ready to start shouts for your needs

Jacob Fatu is an American Samoan professional wrestler
to Major League Wrestling, where he is the reigning World Heavyweight Champion in his first reign. He is a two-time world champion in major professional wrestling promotions. He is a member of the Anoa?i family. The Samoan Dynasty Family members have comprised several tag teams and stables within a variety of promotions. Famous members of the family include Rosey, Rikishi, Jamal/Ekmo/Umaga, Yokozuna, Roman Reigns, The Usos, and brothers Afa and Sika Anoa'i, the Wild Samoans Peter Maivia and his grandson The Rock are considered honorary members. Jacob is the son of wrestling legend - The Tonga Kid ( Sam Fatu ) brother to Rikishi and Umaga Fatu..

Up and coming comedy impressionist with a fun twist, impressions with a beard ie: Bearded Brown, Alan Carr and many more! 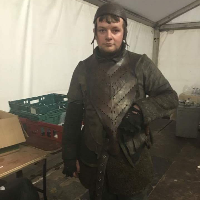 Actor - Game of Thrones
Healtor Frey in GOT, Reece in 2Late, Glover in The Deal & Stan Finn in STAN “Coming Soon” All social media handles are @GaryAWales www.GaryAWales.com 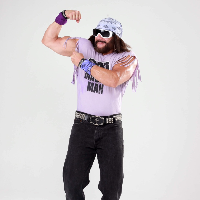 THE IRON SHEIK IN YOUNG ROCK on NBC

Actor - EastEnders
Always up for a laugh.Massive football fan. Expecting my first child at 51! My great passion is keeping fit and healthy. Professional Actor including Tv, film and theatre. Professional poker player.

Comedian
Paul Foot is one of the world’s comedians. He’s appeared on television and in theatres round the world. Paul Foot himself is writing this. He has no idea why he is writing in the third person.